In Knowledge Hunters contest, participants will try to finish their duties related to library resources and services as soon as possible, starting from the hints given to them. In this event, the contestants will take part in a contest where they can search for books, films, articles and e-books for their research needs, while exploring the library with fun. 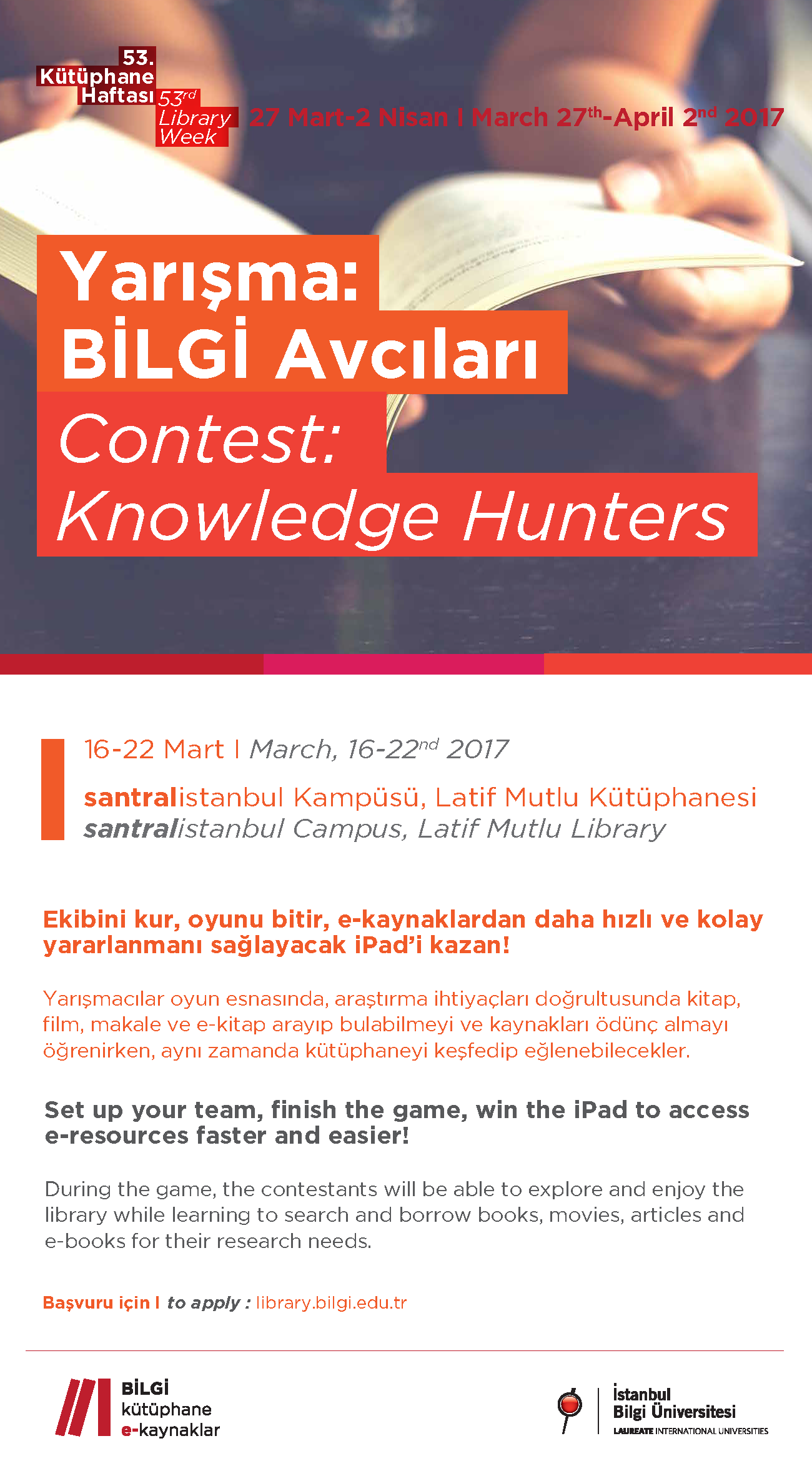